Potential Effects of the Use of Force with the Yoogo Keychain

Potential effects* of used force according to the human body zones 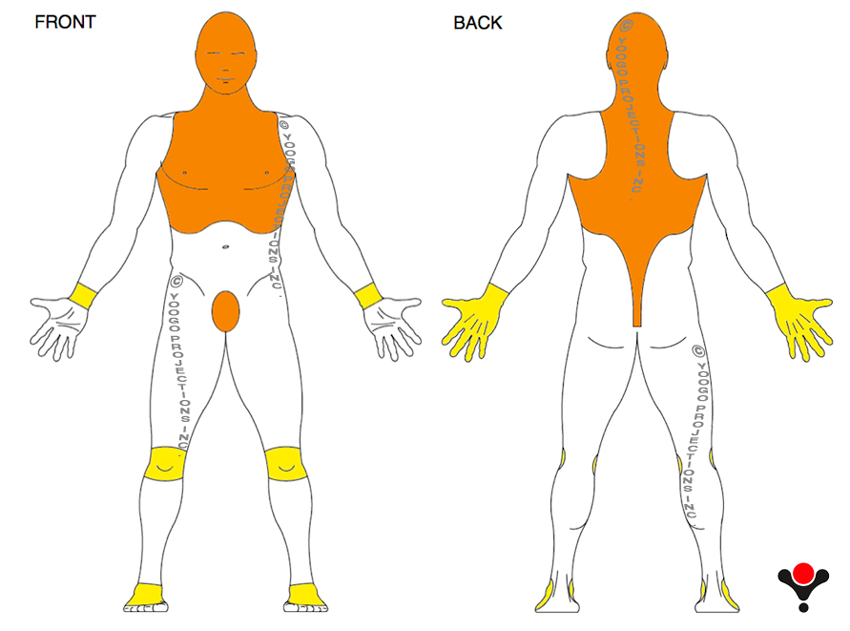 Injuries resulting from these lesions are less severe than those of the yellow or orange zones.

The sequels of injuries tend to be temporary, aside exceptions.

The sequels of injuries may be temporary or permanent.

The various uses of force in the orange zone can cause serious bodily injury, loss of consciousness or death.

Injuries resulting from these lesions are serious.

The sequels of injuries tend to be more permanent than temporary.

*: This information is valid as long as the Yoogo is attached to a key ring of a reasonable size and weight and containing only keys and/or remote control devices. The keychain assembly must meet the manufacturer's Keychain Setup recommendations. The keys must be placed according to their size as suggested in these recommendations. This information is NOT valid if the rings are filled with weighted, sharp, blunt or pointed objects as metal balls and/or needles and/or blades.

WARNINGS: The information in all forms found in the training materials presented by Yoogo Projections inc. is intended for information purposes only. The information is intended to inform about legal and/or tactical elements applied to personal defense and does not constitute a legal opinion. The actions presented are demonstrated out of context or during simulations where demonstrators wear protective gears. The actions been either demonstrated or described must not be applied to a person without justification of using force. Consult a physician before starting a training program.